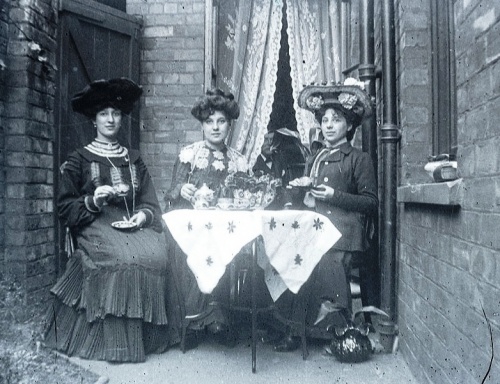 For centuries, tea has been a popular drink, shaping many aspects of British culture and even influencing history. Enjoyed by millions, tea-drinking is an important domestic and social ritual, a British institution that has helped many of us during these strange times.

Tea is harvested from the leaves and buds of Camellia sinensis, an evergreen bush with yellow/white flowers first grown in the Eastern Himalaya. The origins of tea-drinking are hazy, but under the Tang Dynasty (AD 618-907) it spread throughout China, involving intricate brewing techniques and complex etiquette. Eventually the Chinese produced ‘bricks’ of compressed tea – valuable trade goods for transportation along the ‘Ancient Tea Horse Road’ (Southern Silk Road) from China to Tibet, Nepal, India and the Middle East. The great age of European exploration fuelled global commerce in luxury commodities: from c.1610 Dutch and Portuguese merchants imported tea into Europe, the first cargo arriving in England in 1657. During the 1660s the English East India Company (EIC) began importing tea directly into Britain, beginning the nation’s long and continuous history of tea-drinking.

The arrival of tea, coffee, chocolate and sugar from overseas transformed European drinking habits as westerners grew to like hot, sweet, addictive beverages. Infused in boiling water, sugared and served in shallow bowls, tea soon became available in public coffeehouses. Unlike disorderly taverns and alehouses, coffeehouses serving restorative non-alcoholic drinks inspired lively conversation, becoming popular meeting places for men of business. Only men frequented coffeehouses but, unlike coffee, which needed roasting and grinding, tea was easily prepared and many coffeehouses began to sell loose-leaf tea so their clients could also enjoy the drink at home. The earliest Englishman to record tea-drinking was Samuel Pepys, in September 1660: ‘I did send for a cup of tee (a China drink) of which I never had drank before.’ Later, in 1667, Pepys found his wife making tea ‘…which Mr Pelling the potticary, tells her is good for her cold and defluxions.’ From the outset, tea was considered both revitalising and medicinal.

Tea may have been popularised at the English court by Charles II’s Portuguese Queen, Catherine of Braganza. Either way, being heavily-taxed, initially tea-drinking was a luxury affordable only in elite households, where tea-drinking became part of daily life. Leisured ladies and gentlemen also began formally visiting one another for tea, a genteel custom requiring an intimate sitting-room or boudoir, appropriate furniture and elegant tea ware. Tea leaves were stored in Chinese porcelain jars, the drink (taken without milk until c.1720) poured from dainty teapots into cups or bowls. Some grand country house owners even installed dedicated tea rooms, like the Chinese Room in Claydon House, Bucks, or built picturesque garden tea houses in their grounds.

In the early-1700s tea rituals symbolised wealth, status and refined manners, but in 1745 the import duty was slashed by 75%, followed by further tax reductions in 1784, so that tea drinking began to filter down through society. Even before tea became cheaper, much was smuggled into Britain illegally, the drink (and inferior adulterated versions, using common leaves) satisfying consumer demand and helping to suppress the Georgian gin craze. Tea also began to be enjoyed socially in more public places: in 1706 Thomas Twining opened London’s first teashop on the Strand, later known as Twinings Golden Lyon shop (still trading today). Taking tea or coffee with milk, bread and butter was favoured by high society who patronised large Georgian pleasure gardens like Vauxhall and Ranelagh, while smaller suburban gardens with picturesque arbours and tearooms catered for the middling and working classes.

Tea-drinking expanded further following shifts in the sourcing of tea following the Anglo-Chinese Opium War (1839-42). Traditionally Britain had relied on Chinese tea, but from mid-century began to grow tea within its Indian territories of Assam and Darjeeling and in Ceylon. The rise in British-controlled plantations affected tea-drinking habits at home: tea from India and Ceylon was mainly black, whereas Chinese teas were both black and green; hence the Victorians now favoured black tea, setting a precedent. Tea produced on an industrial scale became even cheaper and more widely available, merchants like Thomas Lipton running their own plantations, eliminating middlemen and reducing retail prices. With tea now grown mainly in British colonies, it also began to be viewed as distinctly ‘British’ – no longer an exotic novelty, but a familiar household commodity. Merchandising also advanced with eye-catching packaging, targeted advertisements and enticing displays. Different companies publicised their ‘unique selling point’, from tin foil packaging and low prices, to specialised tea labels, like Lipton’s Yellow Label tea (launched 1890); some pictured Queen Victoria on their goods, for added cachet. Other brands used dividends to encourage customer loyalty, like Co-op Tea, a stamp from each packet being stuck onto a card, completed cards then exchanged for money or a reward.

The introduction of high society ‘afternoon tea’ was prompted by the gradual shift in dinner-time from 4-5pm (late-1700s) to 7-8pm by the 1840s/1850s. To bridge the lengthening gap between luncheon and dinner, an afternoon ‘snack’ of tea, sandwiches and cake evolved. Reportedly Anna Maria Russell, Duchess of Bedford instigated the custom, inviting friends to join her and establishing the fashion for afternoon tea. As this advanced, from the 1870s ladies began wearing special tea gowns – feminine, comfortable garments, loosely styled and fashioned from flowing fabrics. While the upper classes hosted refined gatherings, by 1900 as the nation embraced tea-drinking, ordinary people developed their own habits. Many drank tea throughout the day and again when they came home from work to the satisfying meal of ‘high tea’ at about 6pm, accompanied by a pot of comforting tea.

During the mid-late 1800s many dedicated tearooms opened, beginning when the Aerated Bread Company (ABC) shop started serving tea and snacks to customers. Other companies followed, the most successful J Lyons & Co. who established a chain by the early-1890s. Tearooms were one of few public places where respectable women could eat and drink alone or with friends, without a male escort. Department stores and hotels also opened elegant tearooms where ladies could go ‘out to tea’, served by deferential uniformed waitresses. Yet tea-drinking was more than a genteel pursuit: busy city workers bought tea and snacks from stalls en route to work and in summer families and friends enjoyed tea in the garden, or out on picnics using portable tea sets.

Domestic and public tea-drinking continued to rise, peaking in the early-1930s, despite the Great Depression, with average tea consumption 5 cups daily per person. Tearooms were important for young workers, particularly those in lodgings without meals provided, who needed nourishing, affordable food and hot drinks. Best-known and well-frequented were Lyons’ Corner Houses, typically located on busy streets in London and other cities. In urban areas, tea pavilions and teahouses also became established in municipal parks, while country cottage-dwellers opened their parlours and gardens for summer teas, attracting cyclists and walkers. At the seaside, from the late-1800s onwards, stalls, beach cafés and kiosks serving drinks, ice-creams and snacks beckoned from the promenade and pier. England’s ‘secret weapon’

Despite tea being rationed to 2oz weekly per person during both WW1 and WW2, nobody had to relinquish tea-drinking. During the Blitz volunteers handed out hot drinks and food to rescue workers and those affected by the bombing. Some believe that tea, reassuring and energising, had a major impact on the outcome of the war, the historian A. A. Thompson claiming in 1942 that tea was England’s ‘secret weapon…That’s what keeps us going and that’s what’s going to carry us through.’ Tea has provided refreshment, solace in difficult times and remains one of life’s simple pleasures. 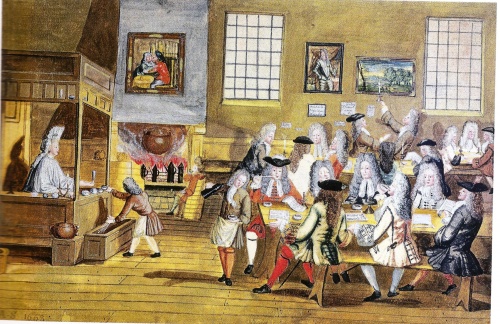 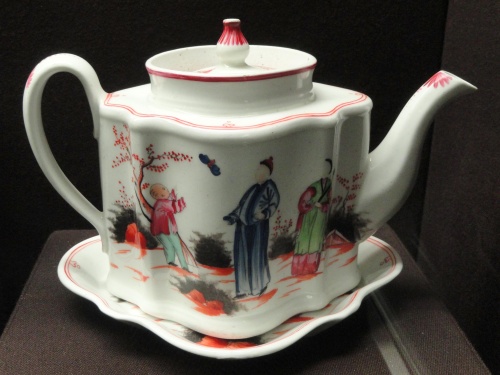 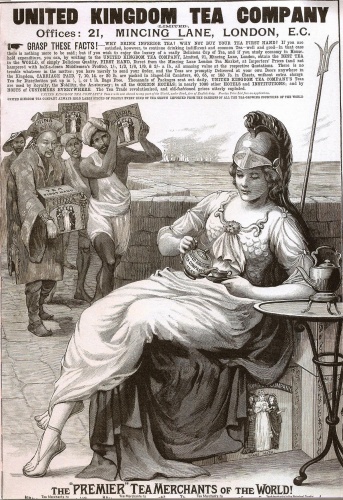 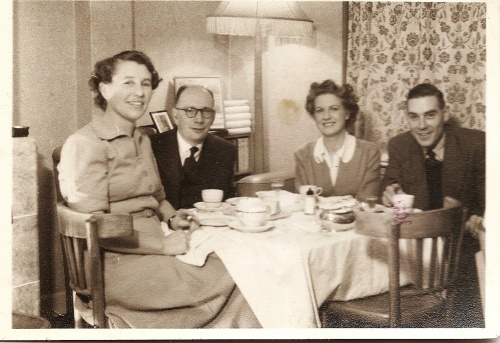