Stories from the Sewers 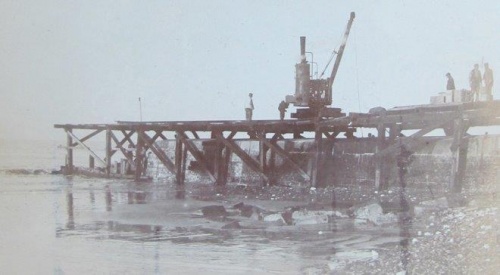 Today the provision of a safe water supply and the removal of wastes are things that are seldom at the forefront of people’s thoughts, but in past centuries these were major concerns. A water supply is often seen as key to establishing a settlement; locally we describe communities such as Poynings or Plumpton as ‘spring-line settlements’. Small communities can cope with provision of drinking water and the disposal of wastes, but with urban and industrial growth demand for these services outstrips the capacity. During the early years of the 19th century Brighton experienced a massive population growth [103% between 1811and 1821] as a depressed agricultural economy drove people from rural Sussex to booming urban settlements on the coast. These people arrived seeking work and somewhere to live, bringing with them such few possessions as they had, which could include donkeys, cooped hens and a pig or two; all of which would be housed alongside human residents.

The building boom of the 19th century required hordes of labourers, seasonally and in some cases daily employed, resulting in families living on the poverty line. To accommodate the influx housing was erected hurriedly and little regard was given to provision of drinking water or sewage removal. Housing in urban areas also conformed to set patterns of class and income. Steep slopes unsuitable for industrial growth were deemed adequate for workers’ housing; the east end of most British cities was the poor end, since it received the air with the soot and smoke from the west, both domestic and industrial. Workers needed to be near their work, within walking distance; only the middle classes could afford to live in the suburbs where carriages or the horse-buses conveyed them to work. Cities evolved into a poor core with a wealthy rim; a Brighton mayor described early 20th century Brighton as… “A ragged garment with a golden fringe.”

The most deprived areas of Brighton were those surrounding the commercial centre with slum housing rapidly developing at the bottom of West Street in the Kent’s Court area, in the exotically named Durham and Petty France, around the present Clock Tower, north of Church Street in Pimlico and behind Grand Parade in Carlton Hill. Unable to put in drainage or water pipes by reason of cost and speed of construction, builders simply dug wells and cesspits into the chalk hillsides. Chalk by its nature supports a water-table which hugs the slope of the hillside. It does NOT have a flat surface as a table does! Households in a street might have access to a nearby well, not at first realising there were cesspits upslope which leaked downhill into their water supplies. At that time scientific knowledge took no heed of germs and bacteria, their existence was unknown. Sight and smell ruled all. Thus, whilst a stinking dead dog in a well was offensive the problem appeared to have ended when the carcass was removed. The smell was the perceived danger. As the Jenks Report (1839) noted such drains as had been installed in the resort [Brighton] were very slowly extended but frequently broken into by builders which gave a semblance of a drainage system. This drainage rapidly overloaded the sewers which in any case only emptied onto the beach.

By the 1840s local authorities were aware of health issues in major urban areas, especially central London, but surprisingly also in rural Battle and sophisticated Brighton. Edward Cresey (1849), a sanitary engineer was commissioned to compile a report on Brighton housing. It makes for grim reading with cases of “wells with rope but no buckets”, of cesspits that “Never require emptying” and of “stable manure oozing through adjacent house walls”.

A major cholera outbreak in Brighton’s slums and campaigns by ‘The Lancet’ in mid-19th century against the town’s laggard response to urban health, eventually resulted in a major sewer building programme. This included the introduction of intercepting sewers, ventilating shafts and extended outfall piping. However, the history of pollution in ‘Doctor Brighton’ was a constant factor in 20th century water company thinking and remained a major feature of the borough’s expansion in 1928 to take in the Downland surrounding the water catchment pumping stations at Patcham, Mile Oak and, Hove.

Such health concerns continue into the present day both on a local level and more urgently in global terms. Inadequate sanitation and hygiene programmes remain a devastating cause of patterns of preventable mortality and ill-health rates world-wide. WaterAid and other development agencies are currently campaigning for the UN to include water and sanitation in the Sustainable Development Goals. With this in mind the local WaterAid group are organising the following event: Tuesday 7th July 7:00 pm. Friends Meeting House, Ship St., Brighton 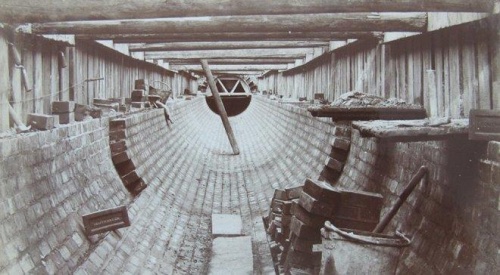 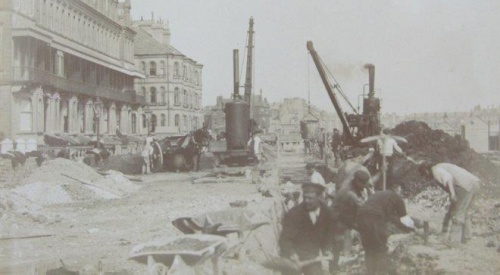 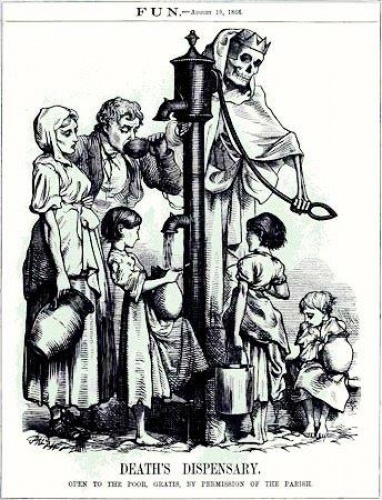 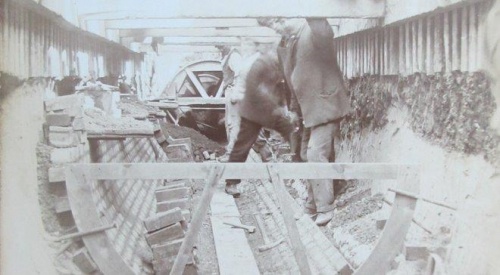 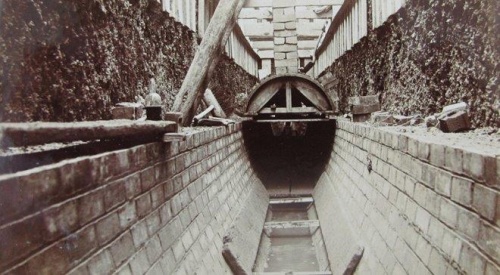