Princess Charlotte and the Changing Character of Childbirth 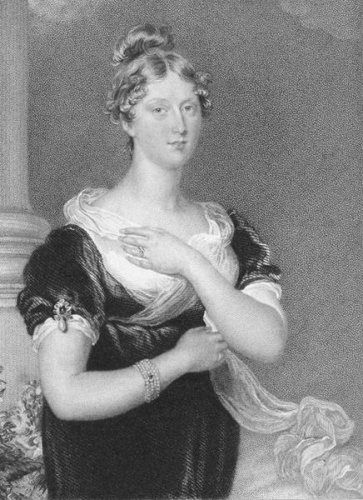 An engraving based on Sir Thomas Lawrence’s painting of Charlotte, which she sat for in her final days

Charlotte may be considered the “forgotten princess”, but her tragic death in childbirth precipitated a new age in medicine, ending arch-conservatism in obstetrics, and bringing about change which has benefited generations of women.

Charlotte began her pregnancy as a healthy young woman, with her anti-natal care undertaken by Sir Richard Croft not a physician, but an accoucheur (male midwife). He prescribed a strict diet and blood-letting, an outdated regime, but one he hoped would reduce the size of the child at birth. As a result of this, when her contractions began on the evening of the 3rd November 1817 Charlotte was already in a weakened state and as the 4th became the 5th, it was clear that all was not well. Croft correctly diagnosed a breech birth, but made the decision not to “intervene”.

At this time, anatomical knowledge about the birth process was increasing, but giving birth was generally still seen as a natural process that should be allowed to take its course and medical intervention was rare. A few doctors were going against the trend by administering pain relief and using forceps in cases of breech birth, but Croft was not one of them.

Charlotte’s labour lasted over 50 hours, but the baby was stillborn and Charlotte died the next day probably of post-partum complications. Three months later, and while attending another young woman, Croft fatally shot himself. Criticism for the way he had handled Charlotte’s case and speculation that the use of forceps might have saved both the princess and the baby, were too much for him to bear.

This widely publicised triple tragedy – the baby, mother and obstetrician – led to “rational intervention” gaining popularity, including the use of ergot (to stimulate uterine contraction and for expulsion of the placenta), experimentation with blood transfusion and the introduction of anaesthesia, all intended to make birth safer, as well as less painful.