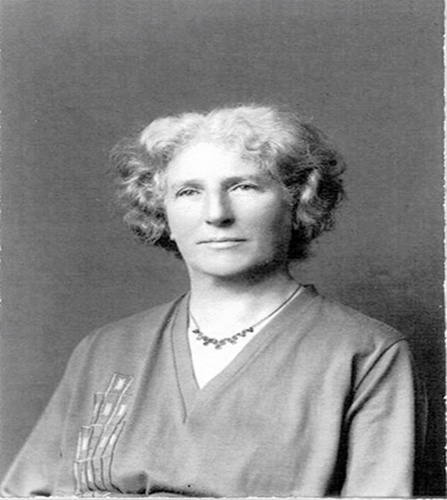 Earlier this year the twenty-second full Office of National Statistics census took place in the UK. As usual, it counted people and households in England and Wales, but for the first-time respondents were required to answer the questions, all 51 of them, online. Other notable changes in the census procedure took place in 1911 when, for the first time, respondents were asked about their nationality, the duration of their marriage, the number of children born within that marriage, the number of living children and the number who had died. It was also the first census where the forms were completed by the householders and retained, rather than being copied into enumeration books.

Having access to these original census forms means that we can look back and see exactly what the householders wrote. This is particularly interesting in the case of Hove resident and campaigner for women’s suffrage, Mary Hare. Like many suffragettes, Mary boycotted the 1911 UK census in protest against the Liberal Government’s reluctance to give women the vote. Some suffragettes refused to fill in the forms, some ensured that they were not at home on the night of the census, others, like Mary, deliberately spoilt their return. And, as we can see, Mary audaciously wrote across hers: “Women don’t count therefore they will not be counted!”

Born in London on the 3rd November 1865, Mary was one of nine children; her father was an engineering draughtsman and wood engraver. After leaving school, she attended the Ealing Training College for Teachers of the Deaf and was introduced to the idea that those born deaf should learn to speak, rather than rely on sign language; this was the ‘oral method’ that Mary went on to champion throughout her life.

In January 1885, Mary’s ambition to provide a fully oral education was realised when she opened her own private school in Upper Norwood. From the outset, she had high expectations of her pupils. Her view was that deaf children required an education, rather than protection in ‘asylums’ which was, disturbingly, the norm at that time.

By the age of 29 Mary was confident enough, in both her teaching methods and abilities, to move from South London to Brighton and establish a new co-educational private oral school for deaf children. The venture was a great success and her small school at 17 St Michael’s Place soon acquired a world-wide reputation. By 1901 bigger premises were required and she relocated to 19 Goldsmid Road, Hove. The census schedule for that year lists ten pupils and two pupil-teachers. The school moved again in 1909, this time to 8 San Remo on the seafront in Hove, here Mary was able to take in boarders and day pupils of all ages. There was no set scale of charges, pupils from more affluent families simply paid more to subsidise those from less well-off backgrounds.

Alongside her teaching, Mary was active in the newly established National Association of Teachers of the Deaf (NATD) and, in keeping with her belief in equal rights, she openly challenged those who argued that the growing number of female teachers was depriving men of the opportunity to earn a living.

Mary was a member of the Women’s Freedom League and, on the 9th February 1907, she took part in what has become known as “The Mud March”. This was one of the largest and most successful demonstrations organised by the League; despite torrential rain, three thousand women formed a mile-long procession and marched from London’s Hyde Park to the Strand in support of women’s suffrage. One year later, the Brighton Gazette reported that Mary had chaired a Women’s Social & Political Union meeting on Queen’s Road and had boasted that suffragettes “were going to rouse Brighton”.

Clearly, Mary was prepared to take a stand for her beliefs and although “Deeds Not Words” was the motto of The Women’s Social and Political Union (WSPU), this powerful phrase could so easily have been coined just for her. She did not hesitate to do whatever was within her power to demonstrate support for the Votes for Women Movement, including, as mentioned before, spoiling her 1911 census return, and refusing to give details about herself, her staff, or her pupils. She was a member of the Church League of Women’s Suffrage and in 1913 became secretary of the Brighton Women’s Freedom League which campaigned for sexual equality and held its meetings in Mary’s home.

When war was declared in 1914, Mary saw an opportunity to practically help improve the lives of woman by organising and running the Brighton branch of the Women Police Volunteers - much against the wishes of the local constabulary, it must be said. Through her endeavours, new recruits were provided with a uniform and offered training in first aid and self-defence (possibly ju-jitsu!); their specific role was to assist Brighton and Hove’s vulnerable women and children. An article in the Brighton, Hove & South Sussex Graphic entitled ‘Bobby, the Woman Policeman’ gives a sympathetic account of Mary’s work and describes her as looking particularly smart in her uniform and distinctive bowler hat.

Despite her many memberships and voluntary commitments, Mary’s main cause was always the education - rather than asylum - of deaf children. She moved her school to Dene Hollow in Burgess Hill in 1916 and put her boundless energy into providing a family atmosphere, as far removed from the old institutions as possible, and inspiring her pupils to achieve the best they could, including “good” speech.

Mary died of heart disease two days after her 80th birthday, on the 5th November 1945. Her ashes were scattered around a cedar tree in the grounds of Dene Hollow. Through her Will, Mary created a Trust so that her school could continue to fulfil her vison for the oral education of deaf children. The school changed its name to The Mary Hare Grammar School for the Deaf in 1946, and moved to its present site, Arlington House, Newbury, Berkshire in 1949, where it continues to develop and expand.

Mary wrote in her Will: “My efforts on behalf of the Deaf have been my greatest joy in life.”

Great efforts are now being made to raise sufficient funds to erect a Blue Plaque at 17 St Michael’s Place or 19 Goldsmid Road, Hove to mark the location of one of Mary Hare’s schools for deaf children. For details please see https://www.justgiving.com/crowdfunding/margaret-stewart-3 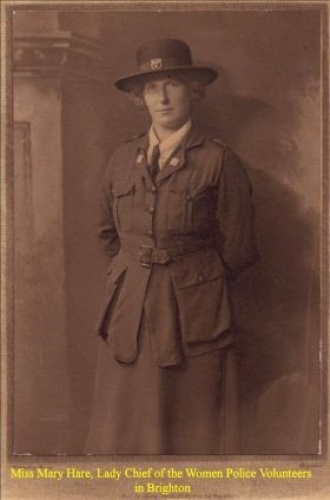 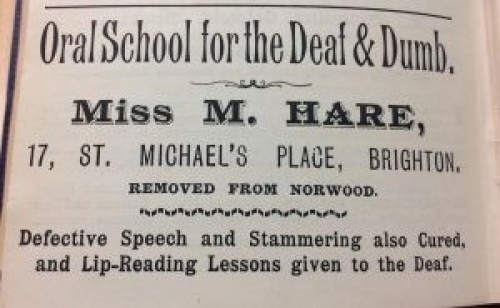 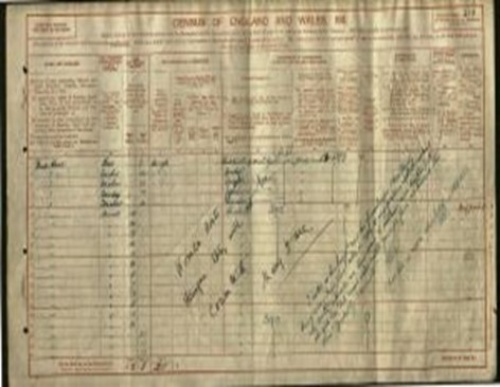 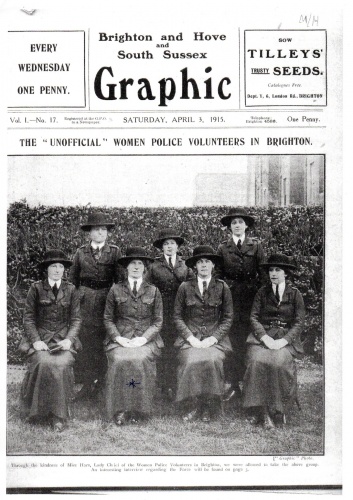 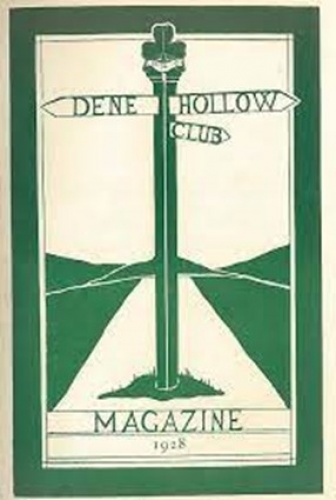 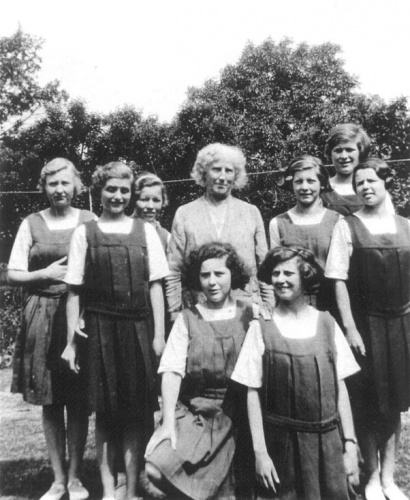 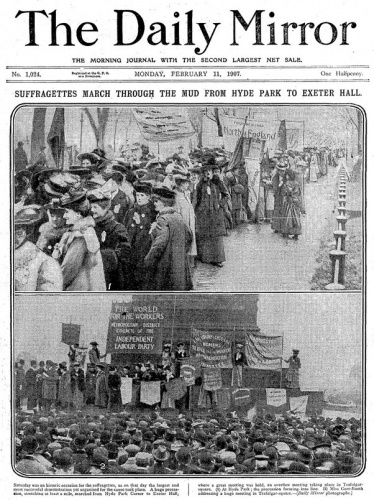