January 1945 was certainly a time of such journeys. As Soviet forces approached Auschwitz, in south-west Poland, the SS began evacuating the inmates, forcing nearly 60,000 to march hundreds of miles west to camps in Germany. For some prisoners this presented a chance, however slim, of survival, but for those who dropped behind or could not continue it meant death; shot and killed wherever they stumbled or fell.

Those considered too weak to even begin this nightmare journey were left behind in Auschwitz and approximately 7,000 people, the majority of them Jewish, were liberated by the Red Army on the 27th January 1945. The fate of all of these survivors is not recorded, but we do know that the dangers were far from over for the liberated Jews. For those who set out from Auschwitz, freedom brought many hazards. Some arrived in the UK, and some chose to end their journeys in Brighton and Hove.

Here the survivors joined a Jewish community changed by war. In 1939 Jewish evacuees had come to Brighton from London. Refugees fleeing the storms of Hitler’s hatred had also arrived, some from as far away as Shanghai. There were losses too. One Jewish family was bombed in Norfolk Square, and the Roll of Honour at Middle Street synagogue shows that thirty Jewish servicemen died, half of them serving in the RAF.

The number of family members caught up in the pan-European madness cannot be guessed at, nor the sense of overwhelming calamity Brighton’s Jewry must have felt, but normal Jewish life did resume in the town. Perhaps it helped that the community was well established, its foundations going back to Israel Samuel Cohen - the first recorded Jew in Brighton - a silversmith and lodging housekeeper who lived at 22 East Street in 1766; and Emanuel Hyam Cohen, who came to Brighton from Munich in 1782 and kept a school for boys in Artillery Place until 1816.

These early Jewish inhabitants built up a good relationship with the other townspeople. The fact that Brighton had a history of religious dissent helped create an atmosphere of toleration and acceptance. And by 1789 there were enough Jews to warrant the foundation of a synagogue. This was located at the southern end of Jew Street, a street where David Spector, in his article ‘The Jews of Brighton, 1770-1900’, believes the local Jewish peddlers were probably based. A second Synagogue was founded in c.1808, in Pounes Court, off West Street (opposite the Odeon); probably just a room in a house occupied by Jews and used until 1826, when the congregation moved to Devonshire Place. This was a small building, enlarged in 1836 by architect David Mocatta to include a residence, synagogue, workshop and schoolrooms. It was sold in 1876 after the beautifully ornate Middle Street synagogue was built.

Records show that from the middle of the 19th century, the Jewish community took a prominent position in the town’s affairs. Leading Jewish citizens included Hyam Lewis who, in 1822, became a town commissioner and was probably the first Jew to serve in local government. Both sons of Emanuel Hyam Cohen rose to prominence. In 1827, his eldest son, Levi Emanuel Cohen established the Brighton Guardian Newspaper and is credited with being the first campaigning editor. Unafraid to cross swords with figures of authority or speak out, he earned himself a place in the history of British journalism. His brother-in-law, Henry Solomon was appointed the first Chief Constable of Brighton in 1838 - the first Jewish policeman, also remembered for being killed in his police station by John Lawrence, brought-in for stealing a carpet. And Sir Isaac Lyon Goldsmid, a director of the London and Brighton and South Coast Railway and deeply involved in the development of the town.

The visibility of the historical Jewish community is made even greater by the number of famous and distinguished Jews who took up residence in the town. There are unfortunately too many to mention here, but amongst their number were the Rothschilds and the Sassoon family. It is said that the Sassoons helped organise assignations in Brighton between the Prince of Wales and the actress Lillie Langtry. The great medical reformer Earnest Abraham Hart also came here. He was a champion of sanitary reform – something much needed in Brighton at this time – but is perhaps more famous for exposing the practice of ‘baby farming’. Then there was Eleanor Marx, daughter of Karl Marx, the most famous Victorian female writer to be associated with Brighton.

Over the course of the 20th century Brighton continued to attract Jews from London - Brighton was, after all, ‘London by the Sea’. But it also attracted trouble, not least in the 1930s, when Mosely and his Facist Blackshirts regularly attempted to hold meetings here and just as regularly met resistance from members of the Jewish community.

Today, there are four synagogues in the City and on the 27th January their congregations, along with millions of people worldwide, will remember the journeys taken and so inextricably tied to the catastrophe we refer to as the ‘Holocaust’.

Footnote: To get a real insight into Brighton’s Jewish community refer to David Spector’s ‘The Jews of Brighton, 1770-1900’ and Marcus Roberts’ ‘National Anglo Jewish Heritage Trail’. 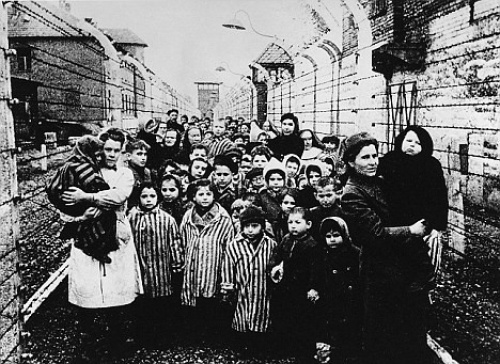 Children liberated from Auschwitz on the 27th January 1945. It is estimated that at a minimum 1.3 million people were deported to Auschwitz and its satellite camps between 1940 and 1945; of these, at least 1.1 million were murdered. 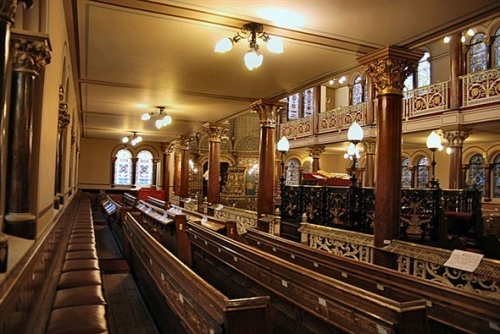 Middle Street Synagogue. ©Tony Mould: http://www.mybrightonandhove.org.uk. Reputed to be the first synagogue in the country to have electric light. 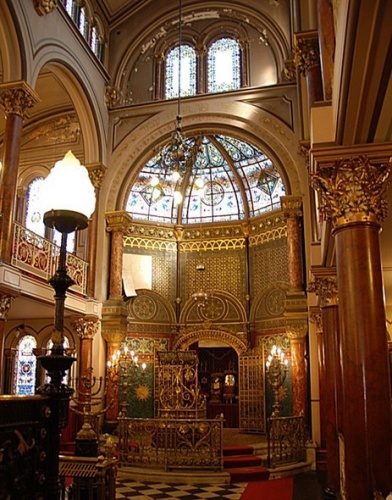 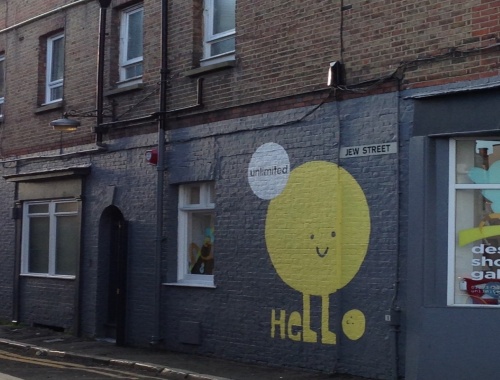