A History of Brighton Police - timeline 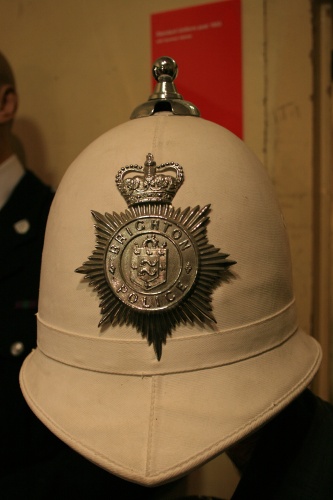 Brighton Police existed from 1830 to 1967, a total of 137 years as a separate force before becoming part of the Sussex Police force. Before the police came into being in Brighton, the 1810 Town Act authorised Town Commissioners to appoint night watchmen.

• In 1814, 16 more watchmen appointed and titled ‘Constable’. These were supplemented by local residents and special constables.

• In 1821 there were 8 beats, each with their own box, called ‘Watch Force’. They were controlled by two superintendents based at the old Town Hall.

• The uniform of the watchmen was top hat, black tail coat, white trousers, a baton and a rattle. Until 1829, they had to call out the hours and the weather to inform the public.

• William Pilbeam was appointed as the Chief Officer with three superintendents working to him. The old Watch committee was disbanded and replaced by a new Police Committee.

• In 1832, Henry Solomon was promoted from Inspector of Nuisances to be the joint Chief Police Officer with William Pilbeam.

• In 1838, the force consisted of a Chief Constable, two superintendents, three inspectors, 24 constables and a night constable - a total of 31 officers for a population of 47,000.

• In 1854, Brighton Borough Council was incorporated and the police came under the control of the Council’s Watch Committee. By 1854, the force had increased to 10 officers and 51 constables. They now wore frock coats instead of tail coats.

• On 14th September 1933, Brighton Police became the first force to have police radios. Also at this time white helmets were adopted. They were suspended in wartime and brought back between 1952 and 1967.

• In 1939, the basement of the Town Hall housing the police station was extended to accommodate CID.