The ‘hidden’ hospital in Buckingham Road 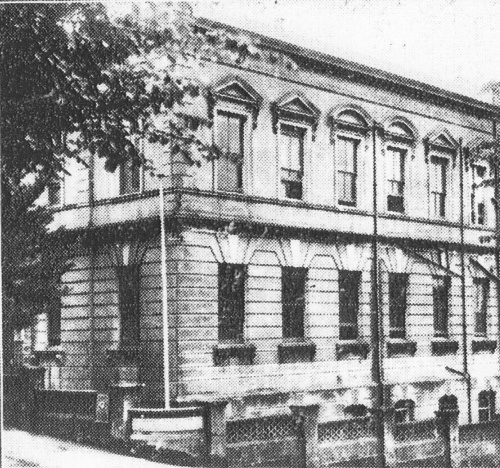 When young Pat Blaker, a nurse at Southlands Hospital, arrived in Brighton to begin training as a midwife one day in October 1950, she had trouble finding the Sussex Maternity Hospital.

Sitting astride her 125cc BSA Bantam motor cycle with her suitcase perched precariously across her knees, she travelled the length of Buckingham Road, passing a sign reading ‘Hospital’ but saw no imposing building that might be the home of her training school. She turned back, passed another ‘Hospital’ sign, but still without locating the building.

Eventually she became aware that one of the Victorian houses she had passed had an inscription over the door in Latin that translated as ‘Nothing Achieved without Labour’. This was a former boys’ grammar school, now the maternity hospital the inscription still appropriate to the building’s current function.

Maternity hospitals in Brighton have a fascinating history: Brighton General from 1865 (when it was the new workhouse in Elm Grove), the Royal Sussex County in Eastern Road from 1970, the Sussex Maternity, first known as the Brighton Lying-In Infirmary and Dispensary for the Diseases of Women and Children, from 1830. Originally situated in a house in High Street, the maternity hospital later moved to another house towards the bottom of West Street before moving to Buckingham Road in 1922.

In the nineteenth century, a dozen women died in childbirth every day. Giving birth in hospital was especially hazardous, many women succumbing to childbed fever (later called puerperal fever) usually transmitted by a doctor or midwife. In the worst Victorian maternity hospitals nine or ten per cent of women were likely to die. So it was not surprising that in the new Brighton lying-in hospital that had been established by Dr Lyons no women were to be admitted for confinement. Not only was it cheaper it was also safer to send out its midwives to deliver women at home, even in the slums in which many of the women lived in wretched conditions

Throughout the nineteenth century the hospital operated under strict rules. Women were only admitted from parishes in Brighton and Hove in which they had been resident for at least twelve months. Equally important, in line with Victorian morality, the women had to be married. It was not until the twentieth century, after heated debate, that his rule was relaxed.

Earlier, in 1862, it became clear that a small number of women were dying as a result of some pre-existing disease. So it was decided to admit women for confinement in exceptional cases expected to be ‘more than usually dangerous’. Eventually women in similar circumstances were admitted from all over the county at this time, of course, Brighton possessed the first and only maternity hospital in the whole of Sussex. It was also the only recognised training school for midwives and as such attained international recognition. At the time Nurse Blaker was training pupils came to Brighton from hospitals all over the country, and some from abroad.

But the hospital’s reputation as a leading training school did not save it when it was decided in the 1950s to close it and transfer maternity care to Brighton General Hospital. Neither did the campaign by the many mothers who had given birth there who set up a so-called Retention Committee to preserve the hospital they loved. That there was public opposition to the closure was not unexpected. A few years earlier the decision to close the hospital’s branch at Portland Road where Hove mothers could give birth also caused an outcry. Now there were debates at the local council and in the House of Commons and ‘the great controversy to save the hospital’ was also referred to in a debate in the House of Lords.

The long-running campaign eventually ended in failure. In 1970, the Buckingham Road hospital, as most mothers called it, was closed. By now, following pressure from local doctors, it had been decided to provide a new self-contained maternity unit. The hospital’s services were transferred not to Brighton General but to the new unit situated at the top of the tower block at the Royal Sussex County Hospital. Wards in Brighton General’s C Block were also closed for maternity work and transferred to the Royal Sussex.

The history of the hospital in Buckingham Road is only part of the fascinating story of the development of maternity care in Brighton and Hove. Thanks largely to the development of a new drug, Prontosil, in the 1930s, giving birth in hospital had become safer. The medical profession then argued that all births should take place in hospital and by the time the Royal Sussex County maternity department opened home births were becoming the exception rather than the rule.

However, that is not the only change that has taken place in recent years. In the book Brighton Born, Sussex Bred, women who gave birth at Brighton General and Buckingham Road in the 1960s tell how different the birth experience was in those days. Mothers were kept in bed for up to two weeks; usually babies were kept in the nursery so the mothers received a good night’s sleep. There were stringent visiting times and the presence of fathers in the labour ward was definitely discouraged, so different from today. 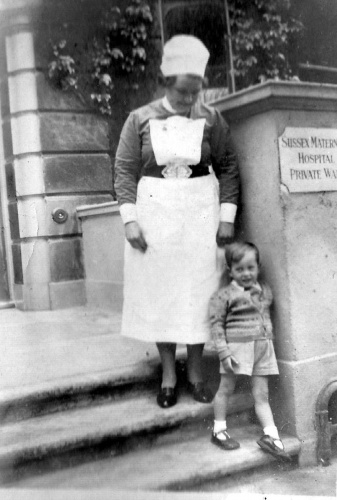 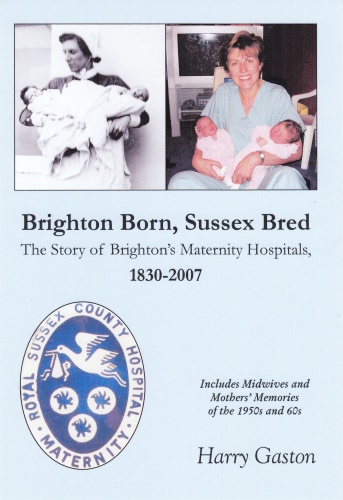 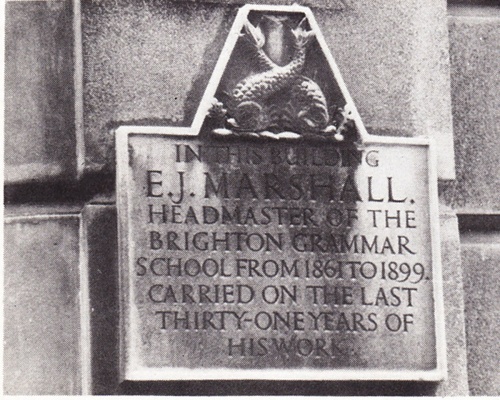