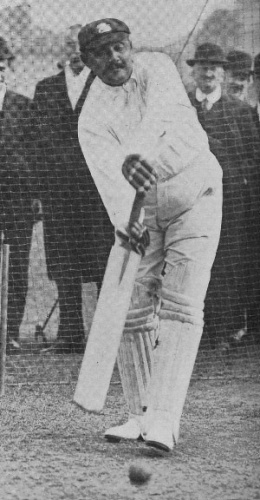 K S Ranjitsinhji was an Indian King and Test cricketer who played for the English cricket team, Cambridge University and for Sussex.

Listeners to a recent Radio Four programme were asked what most signified the arrival of summer to them. I replied to my radio, as you do, without hesitation: the almost permanent presence of a large, overflowing and potentially smelly, cricket bag in the hall. Summer means cricket in our house as it does to so many others on a local club, county team and international level and this has been the way, particularly in Sussex, for a very long time. Sussex cricket teams can be traced back to the 17th century, but the county’s involvement in cricket goes back much further than that. In fact, Sussex, alongside Kent, is believed to be the birthplace of the sport; cricket having been invented by children living on the Weald in Saxon or Norman times.

The earliest record of cricket in Sussex has been found in ecclesiastical court documents from 1611, which state that two parishioners of Sidlesham, West Sussex failed to attend church on Easter Sunday because they were playing cricket. They were fined 12d each and made to do penance.

By the 18th century Sussex women, as well as men, were reported as being proficient with bat and ball. Lewes Journal 13 July 1747: “On Monday next there will be played in the Artillery Ground, London, the match at Cricket that has been so long talk’d of between the Women of Charlton and Singleton, in Sussex, against the Women of West Dean and Chalgrove of the same County”.

In the Regency period, Brighton became a fashionable resort and, through the skills of the Brighton Club, prominent in major cricket terms. Taking part became increasingly respectable as well-to-do Brightonians teamed up with visitors to play and in these cricketing circles prize money of 1,000 guineas was not unheard of. Watching cricket on the Steine became a popular and fashionable pastime; part of the Georgian “season”.

Both the Prince of Wales and his brother the Duke of York were fond of cricket. There are no records of the Prince’s exploits in the field, but it is said that, “he would be often engaged in this manly game… and was esteemed a very excellent player”. As well as a team player, he was a regular spectator at the ground on the Level.

The game of the season in 1792 was between Brighton and Middlesex. Ignoring all the cricket detail, this match derived its real interest from the fact that Mrs Fitzherbert and her ladies were present and dined in a marquee which had been pitched for their use. The Prince’s band played the whole time the ladies dined. Afterwards Mrs Fitzherbert walked around the ground with the Duchess de Noailles who had only a few days previously escaped from France and its bloody Revolution, dressed in male attire and hidden in a coil of cable.

Sussex County Cricket Club came into being on 1 March 1839 and is the oldest county cricket club in England. Over time it has used four different cricket grounds. Firstly, the ground donated by the Prince of Wales in 1791 and appropriately called “The Prince of Wales Ground” extending from the northern part of the present Level to the north of Park Crescent; at Temple Fields where Montpelier Crescent now lies; Royal Brunswick Ground where Third and Fourth Avenues are situated and finally, in 1871, the ground on Eaton Road.

The crest chosen by the county team depicts the mythological bird the Martlet, famous for having no feet. A near neighbour to Sussex C.C and another team with what might be termed a “unique” insignia is Palmers cricket club - red mouse, star and palm tree. Palmers’ history, admittedly on a much smaller scale, mirrors that of Brighton’s teams of the past. Started by a group of friends in 1985 and living for its early years a fairly nomadic life, playing in the beautiful surroundings of Stanmer Park and on the outskirts of Brighton at Braypool, finally in 2003 moving to their new home at Hove Recreation ground. This was a real achievement for a small, self-funded team and they have gone from strength to strength, securing help from the Lottery, introducing a number of junior sides and winning promotion in the league tables. Looking on as a spectator, I would venture to say that their biggest success has not been to produce and maintain a good wicket, but the development of their ethos and the way they motivate and embrace the game of cricket. And, in a truly Brightonian way and perhaps a thoroughly cricket way, they all appear as mad as hatters! Perhaps George, Prince of Wales (later King George IV) is also an onlooker and is applauding the way Brighton continues its long history and love of cricket. 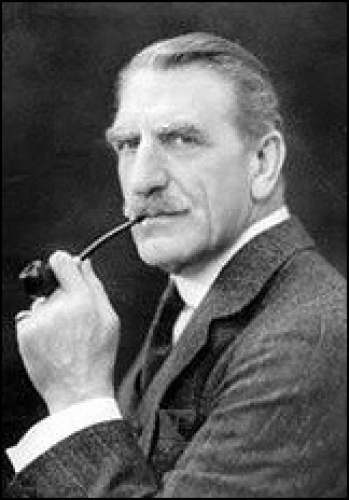 Sir Charles Aubrey Smith, famous as an actor, but was also an accomplished seam bowler playing for Sussex at various times between 1882 and 1892. Lived at 19 Albany Villas, Hove. 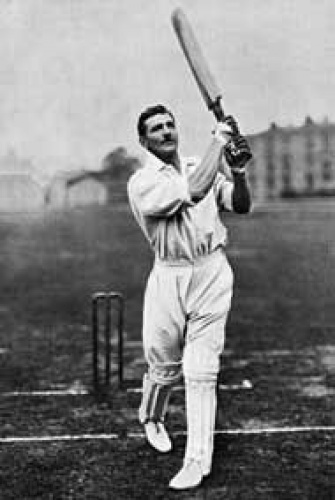 C. B. Fry was an English polymath; an outstanding sportsman, politician, diplomat, academic, teacher, writer, editor and publisher, who is best remembered for his career as a cricketer. Played for Sussex 1894 – 1908.