A Dickens of a Christmas! 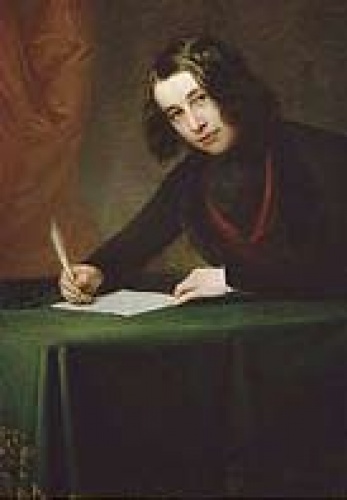 In the [happy] days before television celebrities entered our lives novelists were often accorded this status. Amongst their shining number in the 19th century was Charles Dickens, who was a regular visitor to Brighton. Dickens first came here in October 1837 after finishing Pickwick Papers. He liked the town as a seaside resort and a place to write, indeed, he wrote Dombey and Son whilst staying at the old Bedford Hotel, King’s Road. “I feel much better for my short stay here, also the characters one meets at these seaside places.” He particularly liked taking trips on Captain Fred Collins famous pleasure boat. “The sea was rather choppy and his chatter to the trippers was very witty and amusing,” he wrote.

Dickens also came to Brighton to give readings from his books and, as a celebrity; he always attracted large crowds, filling the halls wherever be spoke. The 8th November 1858 was no exception, the Brighton Herald reported, “Last evening, Mr Charles Dickens read A Christmas Carol at Brighton Town Hall to a full room. Today he gives two more readings from his works”.

A Christmas Carol was the text chosen for Dickens’ first public reading in 1853, with the performance considered a huge success. Thereafter, he read the tale in an abbreviated version 127 times, until 1870 (the year of his death) when it provided the material for his farewell performance.

It is the story of sour and stingy Ebenezer Scrooge’s transformation, after the supernatural visitations of Jacob Marley and the Ghosts of Christmases Past, Present, and Yet to Come, to a man whose kindness, generosity and compassion embodied the spirit of Christmas. Its secular, family-centered vision of Christmas provided a stark contrast to the somber church observations of the late 18th and early 19th centuries and was credited with restoring the holiday to one of merriment and festivity.

The novella was published on 19 December 1843 when Victorian era Britain was enjoying a nostalgic interest in forgotten Christmas traditions. This re-awakening was undoubtedly helped by Prince Albert’s introduction of the Christmas tree in 1841, the first Christmas card in 1843 and a big revival in carol singing. However, the real force that impelled Dickens to create this enduring tale came from what he observed of the lives of the men, women and, especially, the children in the most impoverished areas of London and the social injustices they suffered. A Christmas Carol was inspired by the capital’s half-starved, illiterate street children and was Dickens’ way of exposing the effects of the Industrial Revolution upon them.

The book was enormously popular and exerted a powerful influence upon its readers. In the spring of 1844, The Gentleman’s Magazine attributed a sudden burst of charitable giving in Britain to Dickens’ novella; in 1874, Robert Louis Stevenson spoke enthusiastically about Dickens’ Christmas book and vowed to give generously; and Thomas Carlyle expressed his hospitable nature by staging two Christmas dinners after reading the book. In America, a Mr. Fairbanks attended a reading on Christmas Eve 1867 and was so moved he closed his factory on Christmas Day and sent every employee a turkey. In the early years of the 20th century, the Queen of Norway sent gifts to London’s disabled children signed ‘With Tiny Tim’s Love’; Sir Squire Bancroft raised £20,000 for the poor by reading the tale aloud publicly; and Captain Corbett-Smith read the tale to troops in the trenches of World War I.

A Christmas Carol remains popular and has never been out of print. Without it the English language would be poorer for the phrase ‘Merry Christmas’, the name ‘Scrooge’ and exclamation ‘Bah! Humbug!’ and without Dickens’ influence we may not have what we now consider to be our traditional Christmas festivities: with family gatherings, seasonal food and drink, singing and games. We may also have missed what Dickens clearly set about constructing, a festive generosity of spirit. 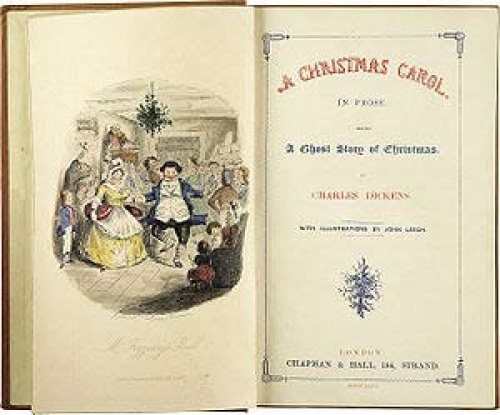 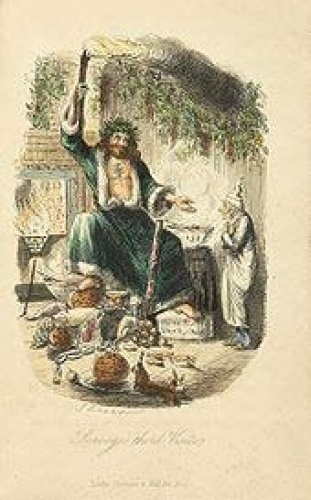