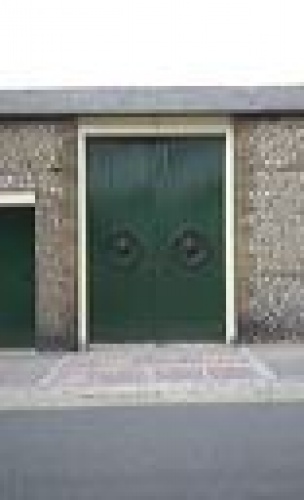 In recent weeks, I have seen articles in both local and national papers about possible plans to build next to the Coach House in Clifton Hill and I must say I have been shocked. Not so much by the idea of developers presuming to build near a historic site, but by what a wonderful site it is. Once the location of a windmill, an inspiration to Constable who, from 1824, painted it on four separate occasions.

A map held in the East Sussex Records Office, dated 1804, shows that most of the fields to the west of Dyke Road were ‘sheep down’ owned by the Duke of Dorset, whilst land to the north and south was owned by Thomas Read Kemp, the founder of Kemp Town.

Two of the earliest buildings in the area were The Temple, built in 1819 as a residence for Kemp and Vine’s postmill, built in 1808 for William Vine. Vine and his family operated the postmill until 1850 when it was taken over on a leasehold basis by the Cutress family, who now incidentally operate Forfars Bakery.

Following Kemp’s death, his widow released most of his land in this area. One of the entrepreneurs to take advantage of this was John Yearsley, a Brighton ironmonger and iron-founder, originally from Powys in Wales. Yearsley removed the postmill, planned and built the ‘set-piece’ development of Powis Square, Powis Villas and part of Powis Grove. Nos. 5, 6 and 7 Powis Villas were built to the same design by Joseph Rogers Browne, a statuary and scagliola manufacturer, who lived at No. 5, originally known as Aberdeen Lodge.

In 1852, Browne decided to build stables and a coach house for his personal use. It is believed that he was responsible for some of the statuary on Marble Arch and it appears evident from the way he adorned this building that he had ambitious plans. The Coach House had three stalls, a large area for at least two carriages, a coachman’s room and sluice area. The original doors had roundels after the spaniels in Sir Edwin Lancier’s picture of Queen Victoria’s dogs, and these opened into a cavernous expanse, which included a 32-foot hanging hayloft. Browne added to the façade the four seasons, an elaborate Babylonian style seated lion, a lion rampant and a statue of Hercules.(Hercules’ penance was to clean up the stables.)

The Coach House remained as stables, coaching facility and latterly motor garage, as indicated by the 1922 Shell petrol pump, until 1937. The estate was then sold to the Trust of the Royal Alexandra Children’s Hospital who used it to garage their ambulances and for storage.

The Grade II Listed Coach House was sold to City of Brighton and Hove Historic Buildings Conservation Limited, soon to be a Trust. The purchase marks the beginning of a city wide initiative, the only buildings preservation trust in the city for the city’s benefit. On 28 May 2006, the Lord Mayor of Brighton, David Smith opened it for the community.

The intention of the 64 individuals who form the Trust is to make this the permanent home for The Montpelier and Clifton Hill Association, to include a committee room, museum space for a photographic collection of the Conservation area, a depository for old property deeds, gallery space, plus a performing arts and meeting area. Many hands and minds are needed to bring the possibilities for this wonderful space to fruition, if you would like to play a part call 729998 or email info@sevendialsdirectory.co.uk .

The Coach House is the last near perfect example of equestrian architecture left in Brighton and Hove and I can see now why so many people are eager to save it.

Constable painted Vine Windmill and its environs several times. His beautiful pictures of the area called The Gleanings and A Windmill Near Brighton are on display in the Tate Britain 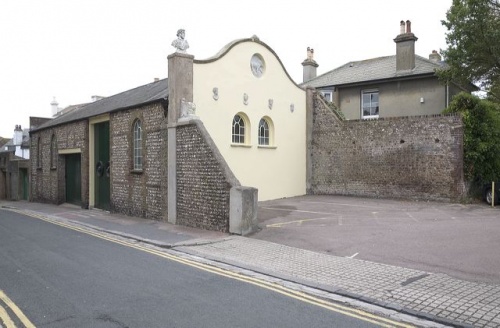 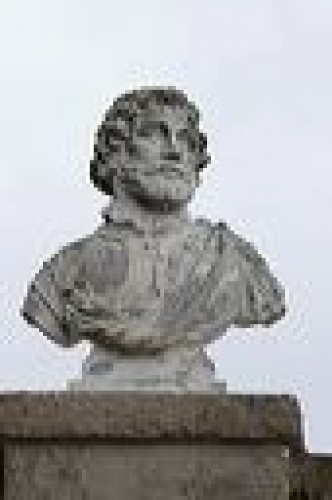 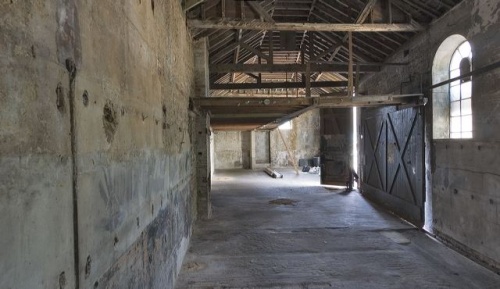