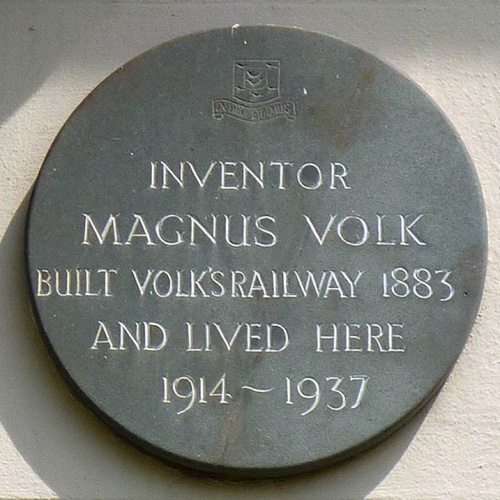 Magnus Volk (1851-1937) was a pioneer electrical engineer. He is best known for having built Volk’s Electric Railway, now the world’s oldest working electric railway. He also built the unique, but short lived Brighton and Rottingdean Seashore Electric Railway, together with its unusual Daddy Long Legs vehicle. In 1888, he built an electric car and equipped his own home and some of Brighton’s public buildings with electric light. Born in Western Road, later moved to Preston Road, and lived at 128 Dyke Road from 1914 until his death in 1937. 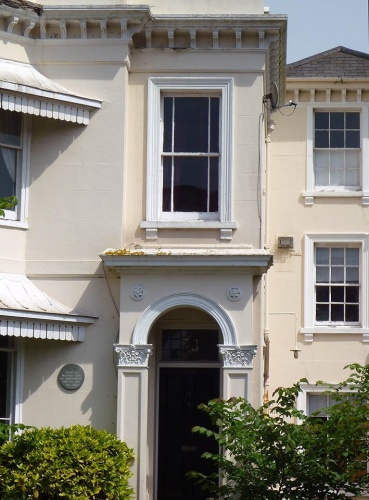